Its been more than 6 months since we filed complaints to 10 departments on the sad state of Adyar and Cooum Rivers. We didn’t hear from even one of the department regarding our Complaint, which is expected.

So we filed our second set of RTIs, to enquire into the status of our complaints. Some of the questions are:

As with the previous set of RTIs, the government officials played football with this set of RTIs too. And we made another infographic that depicts the irresponsible responses from the PIOs / FAAs 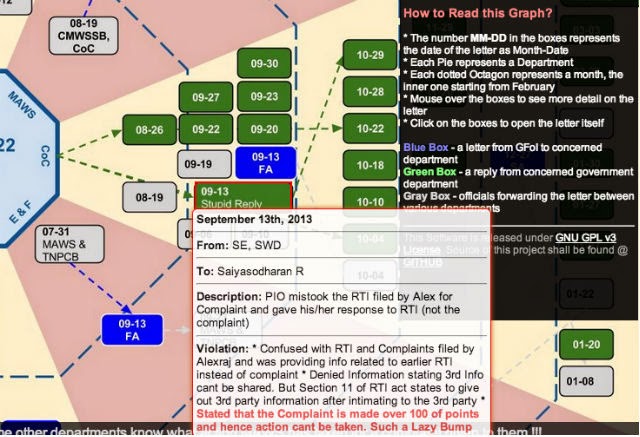 Points to be Highlighted