There was a Traffic Awareness Campaign organized by the Social Activist Azhagar Senthil (ACPR) on 14.12.2013 at Ramapuram Signal with support from

The Campaign is to strictly impose fine on all sorts of Traffic Violations, the chief being Cell Phone Driving, No Seat Belt, Sun Screen Glasses, Improper Number Plates, etc., It is uncommon for the Traffic Police to impose fine on 4 wheelers (like cars, buses, etc.,) for obvious reasons. But today’s Agenda includes the main focus on 4 wheelers.

Everyone arrived before 9:30 AM and our (GFoI) work is to video shoot the whole event, especially to record the arrogant behavior of people in power. Numerous Government authorities from MTC Ticket Checkers, Police themselves, Human Right Commission authorities and Lawyers and even Press people were imposed fine. 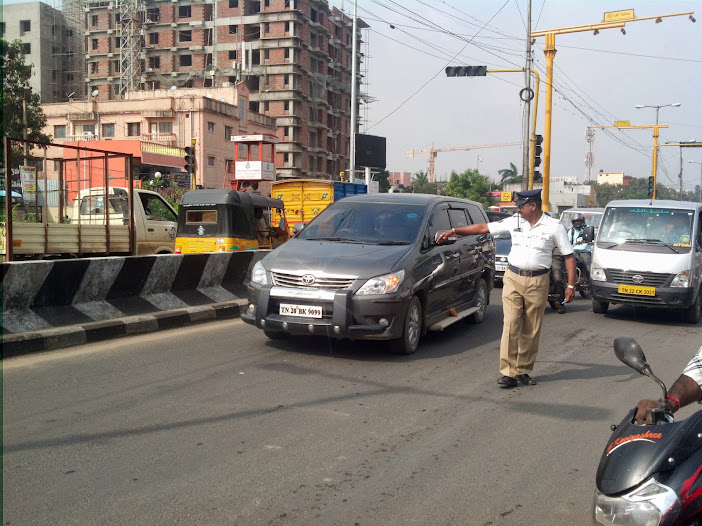 The initial reaction of most of these people were like, “Do you know who am I?”, “I am an Inspector”, “I am in Human right Commission”, “I know him, I know them!!!”. Most people dont even realize that it is them who violated the rules and are in guilty. They probably feel like Gods, for they are in some Government Organisation, Press, Lawyer and think they are above all laws.

But our one and only reaction to all their BIG EGOs were to bring the video camera close to them and asking them to document their words, for which no one opened their mouth. But agreed their mistake and paid the fine.
Fine was imposed only for around 20% of violators, who shown arrogant behavior inspite of violating the rules. This is to remind them, no matter who they are, what contacts they have, everyone is equal in the eyes of law and Justice. Most others were made to spend some time, an oral warning issued and were sent off.

The event went for around one and half hours. Roughly 30 cases booked and around Rs. 6000 were collected as fine.

PS: While the whole event takes place, two youngsters were selling selling Pan, probably not even realizing that they are selling something which is illegal and banned in the State. 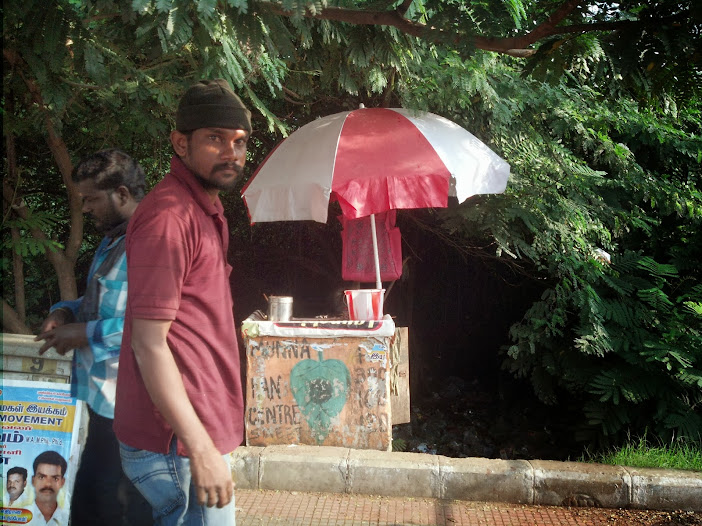