A complaint has been made by Sarathy Nagar Resident’s Welfare Association on June, 2012 regarding metro water problem and sewage problem.

There was no response from the authorities for around 8 months. So two RTI applications has been sent (on Feb, 2013) enquiring the action taken on the complaint. 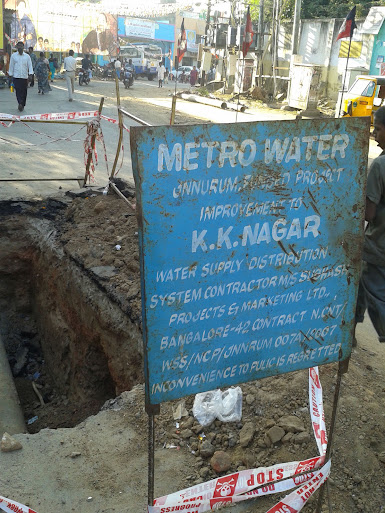 Metro Water started work on the water pipes after 2 days of application of RTI, showing some good sign 🙂 As of 26 / 02 / 2013, work is still under progress. Area Engineer – X, CMWSSB responded to RTI February, 2013

As on December, 2013, additional underground pipes are laid and the water problem was resolved.

Link to Original Complaints and RTI

Status: Success 🙂 The water issue in Sarathy Nagar is resolved through RTI!