Constructions of Yaga Kundas are made in a street in Saidapet by Temple Authorities to perform a Hindu Religious Ceremony. The full width of the street has been completely blocked for over a week (last week of January, 2013). Worst thing is the whole ceremony is happening under the supervision of Police from local R6 Police Station.

We hate it when people causes Public nuances like this in the name of God / Religion. It was not even a month since Supreme Court passed a judgement to ban construction of shrines / statues on Public Roads and shit is happening here.
A RTI has been sent to DCP with strong questions. To highlight a few,
It was replied that `Blocking Roads for religious reasons is strictly not legal`, but it was done as per the request of local people and it was done in a manner without causing any grievances to anyone.
R6 Police made Contempt of Court by allowing construction in mid of road.
Hcnce we filed a Complaint on R6 Inspector, Tr. D. Venkateshan and other officials, who allowed the temple authorities to construct Yaga Kundas in the road, knowing the permissions was given only to celebrate the function. 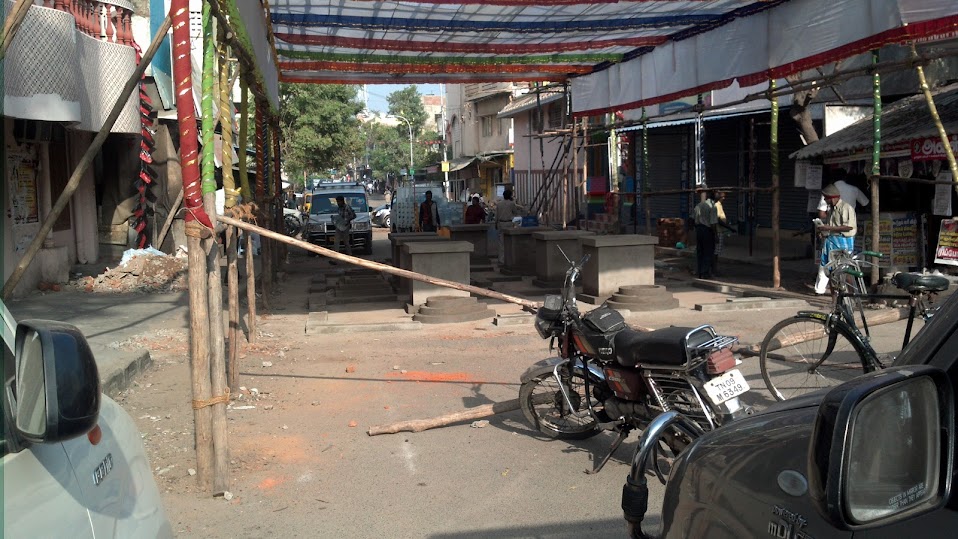 Link to original RTI and Replies.

Status: Success. Made Complaint on Police authorities of R6 Police Station. Since then, on the celebration on further years, the Yaga Kundas were not built in the road (y)