We can simply affix a Court fee stamp to RTI Application as a application fee. But there are other ways to pay RTI fee accorging to a TN G.O. But most of the Citizens and Public Servants neither know it nor implement it. So we liked to explore the possibilities and get official statements regarding various modes of RTI payments and so filed a RTI (on Feb, 2013) to Tamil Nadu State Information Commission, regarding the same. 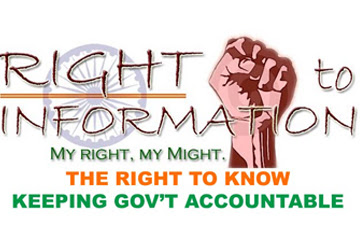 Unfortunately, our RTI was rejected stating “procedures” are not part of RTI. But as per Section 2(f) of RTI act, procedures, even opinions are part of Information. So we applied for an appeal, but then there was no response from TNIC on this.

Link to Original RTI and Replies.